His research addressed the formation and disposition of toxic reactive metabolites from drugs, including popular analgesics and alkylators used in chemotherapy. He is a fellow of the American Association for the Advancement of Science and of the American Association of Pharmaceutical Scientists and has served as an officer in each organization. He has served on the editorial boards of several journals, as a reviewer of grant proposals for the National Institutes of Health, the Veterans Administration, and the Canadian Institute of Health Research. 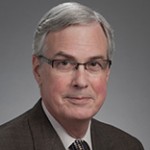