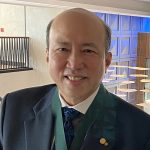 Rodney Ho, PhD, is a professor and presidential entrepreneurial fellow of the University of Washington, and holds appointments at the Fred Hutchinson Cancer Research Center. Professor Ho is the founding Executive Director of the Washington Entrepreneurial Research Evaluation and Commercialization Hub (WE-REACH, a NIH designated National Hub). He has served in a number of leadership roles including Assoc Dean for Research and New Initiatives. His current TLC-ART, Targeted, Long-acting and Combination Therapeutic Program, built on a collaborative basic and translational research team composed of scientists, physicians, students and post-doc, focuses on developing targeted, drug-combination and long-acting therapeutics for HIV/AIDS and cancer. Dr. Ho serves as the Co-Director of the ITHS Regulatory Knowledge and Support Core.

Dr. Ho is a distinguished leader in pharmaceutical sciences and systems pharmacology with a proven track record of innovation in long-acting and targeted drug combination therapies for AIDS and Cancer. He serves on a number of national and international initiatives relating to Cancer and HIV therapeutics including LEAP leadership team to facilitate development of long-acting therapies for NIH and WHO’s Unitaid. He is an expert on pharmacology and systems approaches to drug targeting and long-acting therapy. His research aims to improve the therapeutic efficacy and safety of viral and cancer drugs, medical diagnostic agents and vaccines. He is an elected member of National Academy of Innovators, elected fellow of the American Association for the Advancement of Science (AAAS) and the American Association of Pharmaceutical Scientists (AAPS). He is an advisor to the director of National Cancer Institute of NIH.