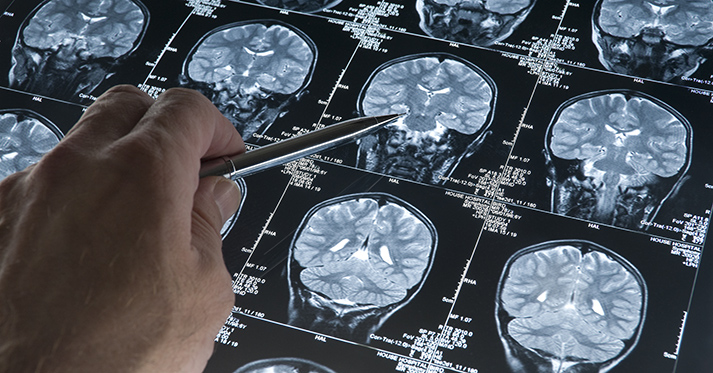 Several researchers may claim that their cool scientific findings could someday help patients, but none quite as literally as Dr. Rai D’Ambrosio, Associate Professor in the Department of Neurological Surgery at the University of Washington. Dr. D’Ambrosio’s research on cooling the brain to prevent epileptic seizures in patients who do not respond to antiepileptic drugs could be transformative for these patients, who have few other options.

Epilepsy is the neurological disorder of recurrent seizures, which are sudden episodes of abnormal electrical activity in the brain. Most seizures begin in a limited area of the brain called the epileptic focus. Symptoms are varied, and range from brief alteration of consciousness to convulsions. Epilepsy affects approximately 1% of the global population. In the United States alone, this amounts to three million people, more than the number of patients suffering from Lou Gehrig’s disease, Parkinson’s disease, and multiple sclerosis combined. Epilepsy is debilitating, and seizures can be very harmful and increase the risk of death.

Although a number of antiepileptic drugs have been developed over the past 30 years, up to 35% of patients cannot effectively control their seizures with current medications. The only other alternative for these patients is to undergo surgery to remove epileptic foci, which can be risky.

In looking for an alternative to drugs or surgery to control seizures, Dr. D’Ambrosio was inspired by the observation that neurosurgeons routinely used chilled saline to suppress drug-resistant seizures during surgery. If a chilled epileptic focus is less prone to generate seizures during surgery, Dr. D’Ambrosio reasoned, a safe and effective device to keep the brain cool at all times should also have the same effect. The device his team came up with was ingeniously simple – a metal plate that was designed to remain in contact with the brain and effectively dissipate heat.

Dr. D’Ambrosio’s first step was to test his device in rats. The rats had part of their skulls replaced with the passive cooling plate, and their brain temperatures were monitored along with the frequency of seizures. The results were dramatic – cooling the brain by just 2° C caused a 90 to 99% reduction in seizure load. The rat experiments also showed that cooling was safe and there was no damage to the brain as a result of cooling.

“There was a lot of enthusiasm for our technology based on the animal work,” said Dr. D’Ambrosio. “But in order to justify further investment, we first needed to determine if our passive cooling method is actually capable of cooling a patient’s epileptic focus.”

Dr. D’Ambrosio and his team, which includes neurosurgeon Dr. Jeffrey Ojemann, have received funding from Washington’s Life Science Discovery Fund (LSDF) to achieve this proof of principle in humans. These patients will be undergoing surgery for treatment of drug-resistant epilepsy at the UW Epilepsy Center and will therefore need brain surgery as part of their standard of care. Before the patient’s brain tissue is excised, Dr. Ojemann will implant a passive cooling plate and the brain temperature will be monitored for approximately 20 minutes to determine if the epileptic focus can be suitably cooled. Because most of the procedure is part of the patient’s standard treatment for epilepsy, the risk of the research to the patient is minimal.

To ensure compliance with regulatory requirements around patient safety in clinical research, Dr. D’Ambrosio turned to the regulatory experts at the Institute of Translational Health Sciences’ Research Coordination Center (RCC). The RCC will also be involved when Dr. D’Ambrosio starts recruiting and consenting patients and collecting data. Prior to his application to the LSDF, Dr. D’Ambrosio also consulted with the ITHS Drug and Device Advisory Committee.

“The expertise of ITHS will be key to writing and managing the Institutional Review Board protocol and the patient safety monitoring,” shared Dr. D’Ambrosio.

If Dr. D’Ambrosio can show that his device can indeed cool patient brains, it would be a big step towards the final goal of developing a commercially available device to treat epilepsy.