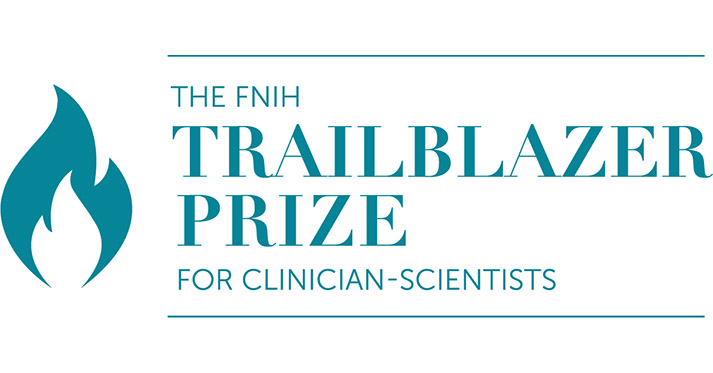 Posted on March 13, 2018 @ 3:10pm in Other Funding Opportunities by Marissa Konstadt
0 Likes
Share

In 2018, the Foundation for the National Institutes of Health (FNIH) will present the FNIH Trailblazer Prize for Clinician-Scientists (Trailblazer Prize), which recognizes the outstanding contributions of early career clinician-scientists whose work has the potential to or has led to innovations in patient care. This $10,000 honorarium and prize celebrates the achievements of medical doctors whose research has translated basic scientific observations into new paradigm-shifting approaches for diagnosing, preventing, treating or curing disease and disability. The prize, made possible by an anonymous donation, will be presented at the FNIH Annual Fall Board Dinner on October 24, 2018 in Washington, D.C.

The FNIH recognizes the unique and critical role that clinician-scientists play in the evolution of medical practice. As noted in the 2014 NIH Physician-Scientist Workforce Report, these individuals play a vital role in ensuring that biomedical advances ultimately benefit patients and improve population health. Through the Trailblazer Prize, the FNIH celebrates the transformational work of clinician-scientists, whose research translates basic scientific observations into new paradigm-shifting approaches for diagnosing, preventing, treating or curing disease and disability.