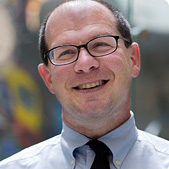 Dr. Benjamin Wilfond is an attending pediatric pulmonologist and Director of the Treuman Katz Center for Pediatric Bioethics at Seattle Children’s Hospital. Given his passion for pediatric pulmonology and bioethics, it is not surprising that he developed a strong interest in the outcomes of the national neonatal SUPPORT (Surfactant, Positive Pressure, and Oxygenation Randomized Trial) study.

The SUPPORT study sought to determine the impact of oxygen saturation targets on the development of retinopathy in extremely low birth weight newborns. Standard practice for low birth weight newborns is to target oxygen saturations somewhere between 85% and 95%. This study measured outcomes between 1,316 randomized infants who were assigned to more specific higher- or lower-end percentages within the 85% to 95% oxygenation saturation range.

Controversy arose soon after the results of the study were published when questions were raised about whether the study consent documents were clear to parents about the potential risks of enrolling their newborns in the study. This controversy culminated in the Office for Human Research Protections (OHRP) issuing a determination letter in March 2013 finding that the study’s informed consent document was deficient.

As Dr. Wilfond began looking into the case, he became convinced that OHRP had overreached in a manner that could have adverse consequences for future comparative effectiveness research and learning health systems.

“As a lung doctor, my intuition was that the kids in the study were not being harmed,” he said. “I have also conducted a number of studies on informed consent and know about the inherent complexities of effectively communicating about research.”

He soon realized that a number of the bioethics colleagues that he regularly interacted with at a national level through his work with the Institute of Translation Health Sciences (ITHS) also felt the same way. This led him to organize the submittal of a joint letter to the New England Journal of Medicine that helped convince OHRP to suspend its finding.

“This case was important because we’ve always thought about ethical issues as being premised on a distinction between clinical and research work, but research and clinical care are becoming more integrated in both directions,” Dr. Wilfond said. “Do you prefer a system where doctors are trying to learn or one where doctors do the same thing the same way every time?”

His quest for ethical answers to complicated questions was what led Dr. Wilfond to originally become involved with ITHS during the Institute’s launch. He saw a need for bioethics consulting to be offered to the research community, so he agreed to develop and help staff the service on behalf of ITHS.

He also took on a national role, serving as the chair of a clinical research ethics consultation workgroup made up of bioethics experts from many of ITHS’ peer organizations.

“It is only because of my role with ITHS that I had the connections to be able to ask a lot of people what they knew, what they thought, and whether they would support a letter that raised concerns about OHRP’s decision,” Dr. Wilfond said.

To learn more about Dr. Wilfond’s efforts related to the SUPPORT study, please visit The American Journal of Bioethics. A description of the bioethics consulting services offered by ITHS can be found by visiting the ITHS website.