New Study Looks at the Role of Dementia in Accident Risk 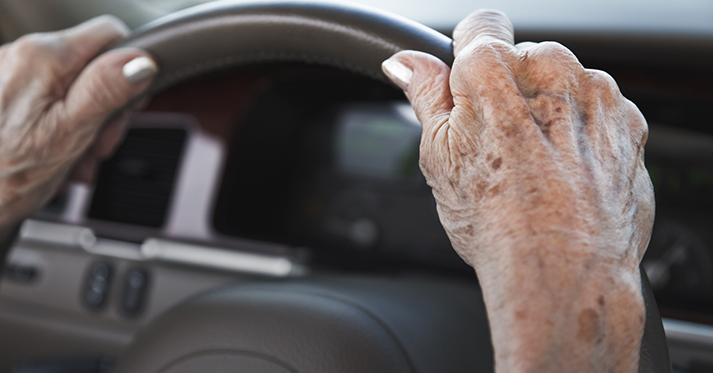 How do you know if it is time for an older driver to put away the keys? It is a question that family members and caregivers dread. Thirty-six percent of adult children polled by the website Caring.com and the National Safety Council said talking to their parents about the need to stop driving would be harder than discussing funeral plans or selling the family home. 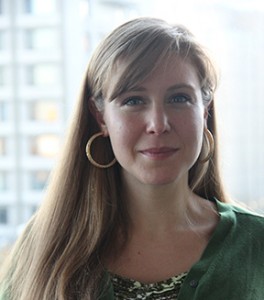 When you add a dementia diagnosis to the mix, things become even more complicated. One University of Washington doctoral student is seeking to make that conversation easier.

Laura Fraade-Blanar, an ITHS TL1 Multidisciplinary Pre-doctoral Clinical Research trainee and UW School of Public Health doctoral student based at the Harborview Injury Prevention and Research Center, is studying the role dementia plays in the accident risk of older drivers.

Fraade-Blanar credits the ITHS TL1 program with giving her “the space and time to really focus and work to the best of my ability.”

“Most of this research is aimed at helping people with cognitive issues, health care providers, and the families of individuals with dementia to do a very complicated balancing act,” Fraade-Blanar said. “On one hand, withdrawing licensure and ceasing to drive has been shown to have very strong association with depression, early entry into nursing homes, and decreased life satisfaction.

But if an individual crashes, especially an older individual, it can mean the end of their life or long-term hospitalization and rehabilitation. And of course they crash into someone else, injuring or killing them, that adds to the tragedy. Our goal is to provide information to help individuals balance those two and know when the benefits of one begin to outweigh the benefits of the other.”

To study the association between crash risk and dementia diagnosis, Fraade-Blanar is utilizing a dataset of clinical and pharmacy records of Group Health members aged 65 to 79 merged with Washington state crash and licensure records.

She will also be looking at the differences in crash characteristics between drivers with and without dementia diagnoses, as well as how anti-dementia medications impact crash risk.

Generally, the hope and the goal is that when you arm care providers, families, and the individuals themselves with hard facts and specific numbers, it’s an easier conversation because it’s not as personal.

With nearly 40,000 individuals in the study, this will be the first large-scale cohort study with data on dementia, dementia treatment (medication), motor vehicle crash risk, and licensure among older adults.

Fraade-Blanar hopes to work with health care providers and interest groups to share the results when she publishes her findings next spring. “It is important to get this information out to people who are actually on the front lines of this issue and are dealing with it on a daily basis,” she explained.

Fraade-Blanar’s work is supported by the ITHS TL1 training program, which is a yearlong program that seeks to increase the number of well-trained clinician-scientists who are prepared to lead future clinical and translational investigations. Fraade-Blanar credits the program with giving her “the space and time to really focus and work to the best of my ability.”

She also noted that travel and conference funds and the TL1 program seminars have been especially helpful. “The seminars provide a valuable place not only to learn about other viewpoints and other types of ongoing research, but also learn about opportunities and acquire valuable expertise. They provide forums for practicing skills like technical presentations, elevator speeches, and answering questions while presenting. There have been some great lectures, specifically on project management and leadership, which have been so helpful.”

In the end, Fraade-Blanar hopes her work can make this difficult conversation a little easier for everyone involved. “Part of this research’s real goal is to give medical care providers the ability to say, ‘Studies have shown that you are at X risk. Here is what will happen if you crash. You need to consider this,’” Fraade-Blanar explained. “Generally, the hope and the goal is that when you arm care providers, families, and the individuals themselves with hard facts and specific numbers, it’s an easier conversation because it’s not as personal.”